A sliding ball sinker that can be snapped onto your line, eliminating the need to cut your line and re-tie as with conventional sliding type sinkers.

KLIK sinkers are available in two different colours and four sizes. The below table show the possible choices and the corresponding quantities. 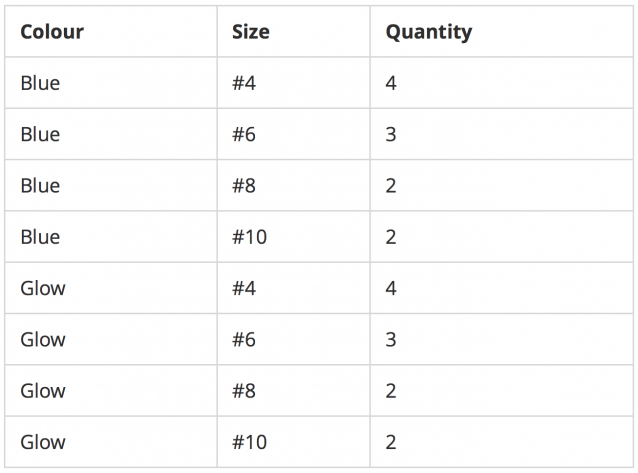 They are made from two lead inserts, which are captured within a resilient plastic shell.  The shell has a tough hinge at the rear and a strong latch on the front.  The plastic retains the lead within its shell and the hinge allows the sinker to open up and be placed over the fishing line. 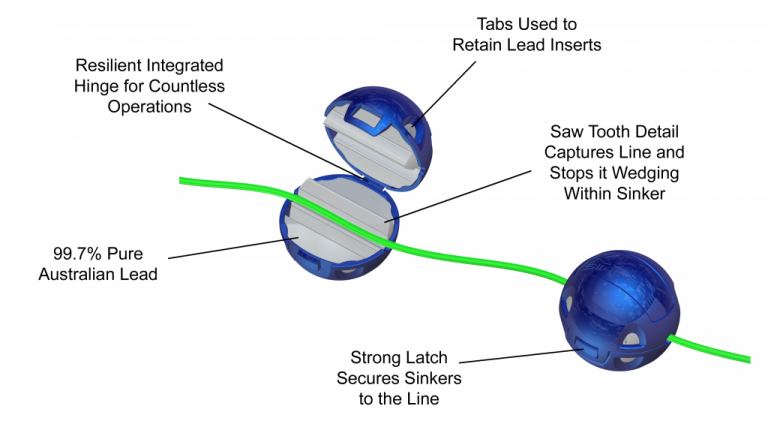 The latch is then used to secure the sinker over the line and can be easily opened to release it when you want to change the weight of the sinker, replace the hook with a lure or simply just make the rod easier to transport (no sinkers on the line means the car doesn’t get dented when you hit a bump and makes the line on the rod more manageable because it doesn’t want to spool off as easily).

As with all new innovations the devil is in the detail.  A number of different features combine to make the KLIK Sinkers work on many levels.

There has been much said regarding lead and its negative effects on the Environment and also Marine Life which comes in contact with it and in some cases ingests it.  A lot of time and effort was put into finding an alternative for the lead in the sinkers and there are some very viable options.  Unfortunately each of these has a cost implication and also in some cases the materials used may affect other expensive products in a typical fishing box and so implementing them needs to be approached with care.

As a New to World type product we decided to go for the tried and tested lead to introduce the product and if we find the market will accept the added cost, alternative materials will be introduced as required.  As it stands the KLIK Sinkers have some inherent properties that do protect the User, Wildlife and the Environment from the effects of lead.  These are as follows:-

The Team Behind KLIK Sinkers

KLIK Sinkers is a company that has been set up to develop a range of snap on sinkers to help anglers spend more time catching fish and less time changing their tackle.

Rob Lange (an avid angler) approached F3 Industrial Design with an idea to produce a sinker that could snap on and off a line quickly and easily in a repeatable fashion.  Scot Farley from F3 saw the potential in the idea and a partnership was formed to develop the products and take them to market.

Once all of the hurdles of development had been jumped it was time to find a partner to help distribute the finished articles.  We approached Bruce and Glenn Alvey from Alvey Reels and they undertook some testing of the product through their expert fisherman Rob Duncan.  Rob loved the sinkers and so a partnership for distribution was struck and production began.

The first sinkers went on sale in early December through a select group of local fishing shops in order to test the market and this distribution will expand throughout Australia over the coming months.  The ultimate goal being to distribute the product throughout the world in its various forms.  At present the range has two sizes, a four pack of number 4′s and a two pack of number 8′s to start out with but the intention is to increase the sizes and varieties of sinkers according to what the market requires.

The inventiveness of the sinkers has allowed the technology to be patented and this process is underway internationally with strategically defined countries targeted for cover.

There are no reviews yet.